Soybean consumption has been on the rise since the 1960s; thanks to a dairy-free movement and a fear of meat-based saturated fats and their supposed correlation to cardiovascular disease (CVD). In fact, soybean’s derivatives have become so popular that soybean oil now accounts for more than 90% of all the seed oil production in the United States and is thus the most common vegetable oil in the country.

For anyone who wished to avoid meat and dairy-based saturated fats, soybeans and other processed replacements–like vegetable oil or margarine–seemed like the smart, healthy choice.  In moving away from traditional soy foods like tempeh and edamame for a more ‘modern’ option, have we made a good thing go bad? Furthermore, is it possible that we can have too much of a supposedly good thing?

The latest studies by scientists at the University of California Riverside seem to think so. A diet high in soybean oil–a processed derivative of the soybean rather than an actual whole soybean pods (edamame)–could be more harmful than one steeped in fructose (fructose is a sugar naturally found in fruits, vegetables, and honey, but it’s a sugar that is metabolically…well, you can read more here).

Results from the study: mice fed a steady diet of soybean oil gained 9% more weight, had larger fat deposits, and a fattier liver than those that were fed a fructose-enriched diet and gained 25% more weight than the mice that were fed a diet of coconut oil. Soybean oil had the most severe metabolic effects including signs of an injured liver and insulin resistance when compared to coconut oil; fructose had more negative effects in the kidney and increased the chances of a prolapsed rectum.

With the latest data in mind, it may be no coincidence that the rise in soybean oil consumption mirrors the rise of obesity in the United States. A possible connection between increased consumption and increased health problems makes sense, as soybean oil and fructose are both major components of processed foods–the nastiest possible harbinger of metabolic ailments that have been linked with the Standard American Diet (SAD).

Before the 1960s, the average person didn’t imbibe a large amount of soybeans or their oil. Instead, they used animal-based products like lard, cream, or butter; all of which soybean’s derivatives would replace.

At this point, you may be wondering: what changed? What scared the average consumer into foregoing meat and dairy?’The answer could be traced to Dr. Ancel Benjamin Keys and his Seven Countries Study, which claimed that saturated fats raised cholesterol, and as a result, potentially increased your chances of heart disease. His study was well timed; as CVD had only recently become America’s #1 cause of death in adults. By 1961, the American Heart Association issued their first-ever guidelines targeting saturated fat consumption; and thus an anti-saturated fat crusade began in earnest.

The first thing you should know: only 25% of our body’s cholesterol is provided by our food; the body produces 75% in the liver all by itself. If your dietary intake increases, your natural production should decrease (and vice versa).

So how does saturated fat impact things? Well, a meta-analysis published in The American Journal of Clinical Nutrition, examined the results of 21 studies with a total of 347,747 subjects in an attempt to better answer that question. The conclusion? “There is no significant evidence for concluding that dietary saturated fat is associated with an increased risk of CHD or CVD.” The researchers even explicitly expressed the need for the further study of the effects of saturated fat’s replacements–like soybean oil–had on the likelihood of developing CVD.

Another meta-analysis published in Obesity Reviews examined 1,140 obese patients and concluded that “low-carb diets [which tend to be higher in saturated fat] were associated with significant decreases in body weight as well as improvements in several CV risk factors, including decreases in triglycerides, fasting glucose, blood pressure, body mass index, [and] abdominal circumference.”

It seems the link between long-term saturated fat intake and an increased risk for CVD is far more complex and controversial than the original studies of the 1960s led us to believe and requires further serious analysis.

Soy Types: Separate and Not Equal

I provide the latest facts in an effort to help you make the most informed decisions possible, so what is a fan of soy foods to do? Well, not all types of soy are created equal.

Okinawans are one of the longest-living people in the world and they don’t eat just any soy–they choose fermented whole, organic, soy based foods like miso, tempeh, and edamame.

What don’t they eat? Soy protein isolate, GMO soy or GMO soybean oil, textured vegetable protein or oil, and soy junk food (like soy cheese, ice cream, and the aforementioned soybean oil). Essentially, they avoid modern soy products and oils that have been stripped of the benefits that come from the traditional fermentation process (For more on Okinawan dietary habits see my article on seaweed; another healthy dietary staple of theirs.).

When eating soy I suggest you choose only to ingest fermented options–like the Okinawans would, and that you skip anything with ‘soybean oil’ (GMO or otherwise) in it.

Fermentation is a chemical process by which sugars like glucose are broken down into acids, alcohols, or gases. The fermentation of soy makes it easier to digest, increases nutrition by destroying the “anti-nutrients” that would otherwise cancel out the vitamins within, and provides a probiotic element to your meal. It’s also a great source of Vitamin K2, which promotes bone, cardiovascular, and mental acuity health when combined with Vitamin D.

Soy is neither the savior nor the villain that many are only too eager to paint it as; in all honesty, in my world of nutrition and health data, it’s one of the most controversial food substances to date. The research continues to provide a more complex and evolving picture that is far from conclusive and concrete.

For now, I recommend avoiding the processed version of soy like the oil, GMO soy, and soy “junk”. If you’re really hankering for some soybean goodness and actual health benefits, pick the fermented stuff instead.

Forget New Year’s Resolutions, And Try This Instead

The Mediterranean Diet and Ancestral Foods

Personal Nutrition: Your Diet should be as Unique as You 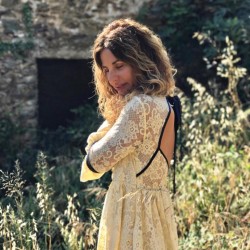